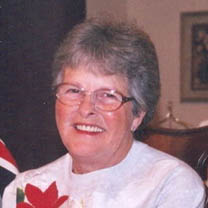 Janet Craighead Martin, of Christiansburg, won her battle with cancer Monday, May 30, 2016. Waiting to meet her at the gates of Heaven are her mom and dad, Violet and Linden Craighead; brothers, Paul and Garland Craighead; sisters, Hazel Craighead, Claudine Stump, and triplet Joan Austin.

She worked at Ray’s King Burger, Imperial Reading, Don Kenny, and Bojangles as a biscuit maker.

The family would like to give a special thank you to Carilion Hospice, favorite caregiver Nicole Lloyd, special cousin Durene Cup, and special friend Sylvia Rader.

The family will receive friends from 5 to 8 p.m. on Thursday, June 2, 2016 at Horne Funeral Home. The Funeral Service will be held at 11 a.m. on Friday, June 3, 2016 in the Horne Funeral Home Chapel, with the Rev. Kenneth Kingrea officiating. Interment will follow in Piedmont Cemetery. Online condolences may be left at www.hornefuneralservice.com.