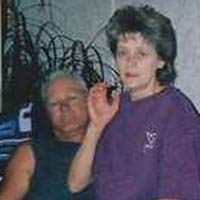 Gary Gene Martin “Squinchie”, 70, of Mt Lake Road, Newport, VA departed this life Thursday evening, September 6, 2018 at Carilion Giles Community Hospital in Pearisburg after a hard fought battle with cancer. Born on August 18, 1948 in Giles County, he was a son of the late David Caudill and Dorothy Ann Merrix Martin.

He was retired as a dye setter for Wolverine Gaskets but his heart was always on the farm with his cows, and especially being “PawPaw” to every kid who came by.

He was preceded in death by his parents, his beloved wife Brenda Cumbee Martin and his brother Freddie Martin.

The family will receive friends at the Kendall Funeral Home, 605 Snidow St., Pembroke, Sunday evening , September 9, 2018, from 5 until 7 pm. Funeral services will be conducted Monday at 2:00 pm in the funeral home with burial following in Birchlawn Burial Park in Pearisburg. Online condolences may be sent by visiting kendallfuneralhome.com.