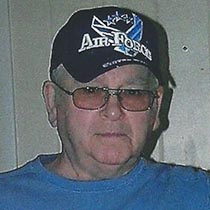 Everette Malcolm Martin, 82, of Curve Road, Pearisburg, departed this life on Tuesday, March 6, 2018 surrounded by his loving family. Everette was born in Paint Bank, Va. on Valentine’s Day, February 14, 1936, a son of the late Malcolm and Florence Dunbar Martin. He was preceded in death by two brothers Billy “Muscles” Martin and Lewis Edward “Louie” Martin; and a sister Betty Ann Martin.

He leaves to cherish his memory his loving and devoted wife of 57 years, Lois Faye Blankenship Martin; two sons Kent Martin and his wife Dimitria of Pearisburg and Craig and fiancé Sheri Turner of Dublin; three beautiful grandchildren that brought a smile to his face and a sparkle in his big blue eyes, Blake Wesley Martin, Brandi Jade Martin and Nathan “Chad” Martin; and a special friend that called him PawPaw, Tyler Taliaferro. Everett is also survived by two sisters Nellie and her husband Gene of Pearisburg and Mary Collins and husband Doug of Narrows; and step-mother Margaret Martin. 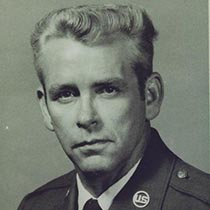 Everette was a proud veteran of the United States Armed Forces serving in the 82nd Airborne and United States Air Force for over 25 years. After his military career and settling down in Pearisburg, he worked at Celanese for over 15 years.

Funeral services will be conducted Friday, March 9, 2018 at 2 p.m. in the Kendall Funeral Home, 605 Snidow St., Pearisburg with burial following in Birchlawn Burial Park in Pearisburg with Military Graveside Honors by local American Legion Posts and VFW Posts and The Air Force. The family will receive friends at the funeral home one hour before the services.