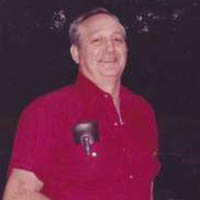 David Arnold Martin, 80, of Narrows traded his earthly life for his eternal, peaceful one in Heaven on Saturday, February 1, 2020, at his home with family by his side. Affectionately known as Daisy, he was a beloved father, grandfather, brother, uncle, and friend.

In the early years, Daisy worked for a mill factory in Fayetteville, NC before moving back to Narrows and going to work at Celanese where he worked for 35 years before retiring in 1998. After retirement, he went to work with his brother Odie building houses and doing the best carpentry work you could find.

Daisy enjoyed many hobbies which included gardening, canning, hunting for miracles, cutting firewood, building things, and watching professional boxing and college football. Asides from his hobbies, his favorite past time was spending time with friends and family, especially his granddaughters, whom he adored and were the light of his life.

Funeral services will be conducted at 1:00 PM, Thursday, February 6, 2020 at Pearisburg United Methodist Church on Valley View Drive. Burial will follow at Angels Rest Cemetery in Narrows. Family and close friends will serves as pallbearers. The family will receive friends at the church on Wednesday, February 5, 2020 from 6:00 PM to 8:00 PM.

The family would like to extend their thanks and gratitude to Dr. Elliot Freed and his staff, Dr. Jason Fowlkes and his staff, Dr Heather Brooks and the staff at BRCC; the staff of Medi Home Health and Hospice, especially his nurse, Kandis Jackson; and special friend and caregiver Sue Robertson

The family is being served by Kendall Funeral Home in Pembroke. Online condolences may be made by visiting kendallfuneralhome.com.