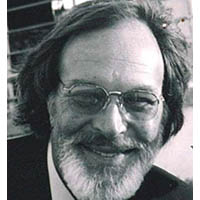 Victor “Vic” Bremer Marcussen III, 68 of Pearisburg, Va. passed away on Friday, September 4, 2020, at Springfield Center in Lindside, W.Va. Vic was born on April 17, 1952 in Kirkwood, Mo. and was a son of the late Victor Bremer Marcussen Jr. and Mary Lillian Casciano Marcussen.

Vic was a 1970 graduate of Giles High School and received his B.S. degree from East Tennesse State University in 1974. He was a retired Environmental Health Manager for the Virginia Department of Health, a member of Redeemer Lutheran Church in Pearisburg, a devoted member of the Pearisburg Lions Club and an active member of the Virginia Lions Pin Trader Association.

Graveside services will be conducted on Friday, September 11, 2020, at 11 a.m. at the French-Mason Cemetery in Pearisburg with Pastor Paul Baker officiating. Out of respect for the family, masks are required.

In lieu of flowers, donations may be made to the Pearisburg Lions Club or the Community Foundation of the New River Valley/Giles Fund.