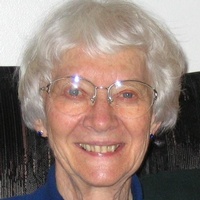 Louise Lura Knapp Maranz, 84, went to be with her beloved Savior Jesus on Wednesday, September 5, 2018, at her home in Christiansburg, Va. She was born in N. Franklin, N.Y. on August 31, 1934. At her bedside were her husband, two daughters, son, son-in-law, and three grandchildren. She had suffered with Alzheimer’s for several years.

Louise graduated from SUNY Oneonta in 1955. She, with her husband David, joined Wycliffe Bible Translators in 1961, and served in Mexico, Brazil, Cameroon, and Senegal. She had various roles, including elementary school teacher and a second career, as an Adult Literacy Specialist. In that role, she developed teacher-training courses in the Wolof language of Senegal, and also compiled a Wolof dictionary. She will be remembered above all as a beloved wife and mother.

Louise was the daughter of Murray and Grace Knapp and sister of Fred Knapp, of Milford. She is survived by her husband, three children, two sons-in-law, six grandchildren, her brother, sister-in-law, niece and many cousins.

Burial will be private in the Southwest Virginia Veterans Cemetery in Dublin, Va.

The Maranz family is in the care of Mullins Funeral Home & Crematory in Radford, Virginia. www.mullinsfuneralhome.com