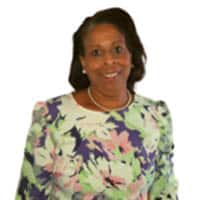 God dispatched his angels to usher Natalie through the gates of Heaven at the age of 62 on January 26, 2022 at Novant Medical facility in Kernersville, North Carolina, surrounded by her family. She was born on July 14, 1959 in Columbus, Ohio.

Natalie was one who had high expectations for herself from a very young age. She attended Pulaski County High School and was active in several community activities. She joined the softball team, Girl Scouts, as well as 4-H, an Agriculture-Oriented Club for Youth. She was also active in church, where she sang in the choir and taught Sunday School.

She started working her first part time job at the age of 16, at McDonalds. She then started her career at Food Lion while she attended college at Radford University graduating in 1982. Starting as a cashier Natalie continued to climb the corporate ladder. She created the diversity department at Food Lion and became Vice President of Diversity in the corporate office where she held the title until her retirement from the corporate world in 2004.

While at Food Lion she was active in the National Association of colored people (NAACP) and a member of the board of trustees. She was also the secretary of the Board of Directors of the Triangle Urban League as well as a member of National Association of Female Executives, Rainbow Coalition, and Minority Women in business. She played a major role in Food Lion’s support of the CIAA where she represented Food Lion with live TV interviews. She was also the face of Food Lion in several commercials.

After retiring from Food Lion, 2004, she decided to pursue her own dream. Her success at Food Lion Corporation had convinced her that she could be successful on her own. With the support of her husband, Tim, and son Ryan, she started Capture Communications Resource Group, video production and executive Coaching company.

In life she became a supporter of her son, nieces and nephews. She loved to shop and have good times with what she called her “Circle” and “Sister Cousins”. She was quite entertaining when shopping looking for her coupons.

Natalie was proceeded in death by her mother, Betty M. Casey; and her maternal grandparents, James and Hattie Manns.

She leaves to cherish in her memory, her devoted husband of 37 years, Timothy Taylor; her most prized possession, son Ryan (Nyesha Lands) of Greensboro, N.C.; siblings Ava Manns Pope of Greensboro, N.C. and Karen Casey of Lynchburg, Va.; niece, Aaliyah Webb; and nephew, Andrewus Casey of Lynchburg, Va.; aunts and uncles, Flossie Brown, Charles (Caroline), and John Manns, all of New River, Va.; and special friend, Marchelle Flynn of Dublin, Va. Also left to rejoice in her memories of life are a host of cousins and friends.

The family will receive friends from 1 until 2 p.m. on Wednesday, February 2, 2022 at the First Missionary Baptist Church in New River, Va. Funeral services will begin at 2 p.m. with Pastor Timothy Simmons officiating. Interment will follow in Sunrise Burial Park in Radford, Va.

To keep everyone safe, the family requests that all attendees wear a mask.