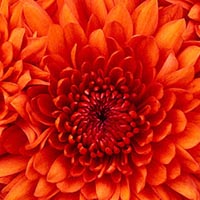 Olivia Reece Felts Manning, age 83 of Pulaski, died Thursday morning August 27, 2020 at her residence. She was born on August 27, 1937 in Hopewell, Va., and was the daughter of the late Louie Isabell Frazier Reece and Ifard Estel Reece.

She was a member of the Max Creek Baptist Church, was a retired hairdresser, and was active in the Lady’s Auxiliary of the V.F.W. Post 1184.

In addition to her parents, she was preceded in death by her first husband, John Thomas Felts, and her second husband, Thomas Manning: three brothers; Namon Reece, Lonnie Irvin Reece, and Gladen Reece: a sister; Elsie Owen.

A graveside funeral service with Pastor Mike Coleman officiating will be held on Monday, August 31, 2020 at 11:00 a.m. at Draper’s Valley Presbyterian Church Cemetery. The family will receive friends on Sunday evening at Seagle Funeral Home from 5:00 p.m. until 7:00 p.m. Online condolences may be sent to the family by visiting www.seaglefuneralhome.com