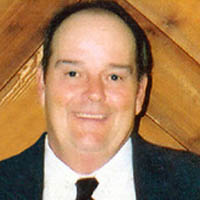 Richard Wayne Mann, age 75, passed away on Saturday, May 28, 2022, at the Carilion Roanoke Memorial Hospital in Roanoke, VA. Born April 14, 1947, in Pearisburg, VA, he was the son of the late Buddy Wayne and Mae Johnston Mann.

Richard worked at Celanese in Narrows, VA, for nearly 30 years and was the owner of Mann’s Janitorial Service. He was a youth baseball coach and loved rooting on the WVU Basketball team. His greatest love was camping, fishing, and spending as much time as possible on the river.

In addition to his parents, he was preceded in death by his brother, Eddie Carr Mann; and brother-in-law, Russell Broadus. Survivors include his sister, Patricia Broadus of Peterstown, WV; sons, Lane Mann of Peterstown, WV, and Chris Mann (Karen) of Monroe, NC; daughter, Lisa Kessinger (Chad) of Shelby, NC; grandchildren, Kara and Karissa Mann, and Cameron and Emma Kessinger; and several nieces and nephews.

Funeral services will be held at 2:00PM on Tuesday, June 7, 2022, at the Broyles-Shrewsbury Funeral Home Chapel in Peterstown, WV, with Darrell Mann and Lane Mann officiating. Burial will follow at Peterstown Cemetery in Rich Creek, VA. Visitation will be held from 6:00PM until 8:00PM on Monday, June 6, 2022, at the funeral home.

In lieu of flowers, the family requests that memorial contributions be made in Richard’s name to the Peterstown Fire and Rescue Squad (P.O. Box 128, Peterstown, WV, 24963). Online guestbook can be signed or condolences may be sent to the family at www.broyles-shrewsbury.com. Arrangements by Broyles-Shrewsbury Funeral Home, Peterstown, WV.