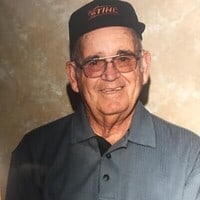 Herbert Wesley Mann, 100 years young of Pembroke, VA departed this life to be with his Savior December 20, 2021 in the care of Giles Community Hospital. Born in Bluefield, WV on October 5, 1921, he was a son of the late Charles Wesley Mann and Eudora Grace Hylton Mann.

Herbert gracefully served his country along side of the greatest generations as a Navy Seaman First Class during World War II. He would later serve Pembroke Water Works as a Supervisor and would serve on the Pembroke Town Council.

In addition to his parents, Herbert is preceded in death by Mildred Sherman and several other Siblings.

There will be a graveside service conducted with Veterans honors, January 3, 2022 at 1:30 PM in the Southwest Virginia Veterans Cemetery-Dublin, Virginia with Pastor David Kessinger officiating. Family will receive friends at the Kendall Funeral Home Chapel from 12:00 PM until 1:00 PM on January 3, 2022.

A guestbook is available by visiting www.kendallfuneralhome.com. The staff of Kendall Funeral Home are honored to be serving the Mann family.