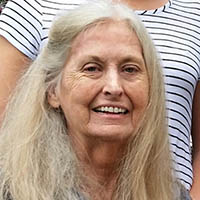 Bonnie “Hazelwood” Mann of Weddington, North Carolina passed away Wednesday, August 28, 2019, after a valiant battle with a long-term illness. Bonnie Lou Hazelwood was born on December 17, 1952, to John Ingram and Virginia Mae Hazelwood in Pearisburg, Virginia. She was the only daughter with six brothers.

Bonnie married Gary Mann on August 14, 1971. They had just recently celebrated their 48th anniversary. They were blessed with two wonderful children, Jessica and Chris and again later with a fantastic son-in-law and daughter-in-law, Tanner and Christina. Her two-year-old Grandson Mason was the joy of her life.

She was not only a beautiful person, she had a beautiful heart. She was a friend to everyone and a very loving and giving person. Being a Mom was her greatest achievement in life.

Bonnie was preceded in death by her mother and father, Mae and John Hazelwood, brothers Thomas “Corky” and Monte Ray, and sister-in-law Norma Hazelwood.

A celebration of Bonnie’s life will be held at Broyles-Shrewsbury Funeral Home in Peterstown, WV, on Sunday, September 1, 2019 with a gathering at 1:00 PM and ceremony starting at 2:00 PM. Donations may be made to the Scleroderma Foundation in lieu of flowers.