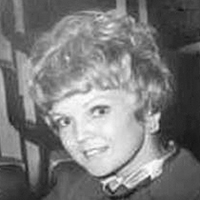 Lois Annetta Tickle Malone of Wilmington, NC was called home to be with her eternal father on December 24, 2020. She was surrounded by her family. Lois is preceded in death by her daughter Lisa Jay Malone, father Luther Tickle, mother Ethel Tickle and brother Dan Tickle.

She is survived by her husband Doug, and children Hugo, Leslie, Julie and 14 grandchildren. She is also survived by her sisters Mary Lou Lorton, Pauline McNew, and her brothers Kenneth and Wayne Tickle.

Lois was beautiful woman and had many interests and achievements. In school she was crowned Miss Dublin High in 1954, in Dublin, VA. She was an acting member of the Bark Mill Theater in Winchester, Virginia. Lois had the lead part in “The Seven Year Itch” and “The Farmer’s Daughter”. She loved being the group leader for her Bible Fellowship Study class. She was a member of the Wrightsville Beach Baptist Church and First Baptist Church of Wilmington and the Wells Sunday School Class.

Remembered moments: She was kissed by actor, and singer, Tennessee Ernie Ford as well as the renowned golf pro Arnold Palmer. Lois was grateful for her World Travels which included the Orient Express from Venice, Italy to France, a speed ship over the English Channel and back to the Orient Express where she was delivered to Buckingham Palace for the Queen’s Birthday Celebration. A second Orient Express trip was from South Africa to Botswana. They traveled with Actor Jerry Hardin (“The Firm” and “Mark Twain”). Lois, and her husband Doug, also traveled to Vienna Austria, Geneva Switzerland, France, Germany, Spain, Morocco, the Hawaiian Islands and more. They were even honored by the Ambassador of Austria. Lois and Doug celebrated their 65th wedding anniversary on December 22, 2020.

Lois was a very gifted golfer. She won multiple tournaments including the Trophy at Disney World. She also hit a $10,000 hole in one on the same day that she had the longest drive in a tournament on Topsail Island. Lois’s greatest love however, and what filled her with the most joy, was her Children, Grandchildren and Great-Grandchildren. She was known as GG to the great-grandchildren and she loved them all dearly.

In lieu of flowers donations can be made to The First Baptist Church of Wilmington 411 Market St Wilmington, NC 28401.