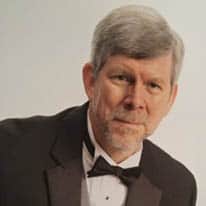 Michael Robert Mallabone age 58, of Christiansburg VA, completed his earthly journey on December 24, 2021, it was a life well lived.  His father, Kenneth Robert Mallabone Jr, died when Mike was only 2 years old, so he and his brother Mark were raised by their mother Karen Anglin Taylor, who fostered a sense of adventure in him that he carried throughout the rest of his life.

As a young man he quit high school to join the United States Air Force where he guarded our nuclear arms and worked as a jet engine mechanic.  After a while, he decided that the military life was not where he wanted to be, so he earned his GED.  After 6 years of service, he worked his way through Penn State University earning a mechanical engineering degree, and he worked for Corning Incorporated for 24 years where he became a project manager.  His successes included helping build a fiber optics factory in Wilmington NC, installing new production lines at Blacksburg VA and fulfilling a lifelong dream of working abroad where he helped build a glass factory in Guangzhou China.  He loved his job and would often remark to his coworkers with a huge grin on his face, “Can you believe they pay us to do this stuff?”

Mike had an unending and enormous amount of love for his three children, Michelle Sturm (Ron), James Mallabone, and Kaitlyn Mallabone.  He was so proud of them, as the people they have become and because they are such good parents to his 9 grandchildren.  Laura (Tyler), Kimi, Zoey and Michaela Sturm, Shannon, Vince, Michael, and Wyatt Mallabone and Xander Mallabone, were a constant source of joy for him.  His greatest hope was that by his example, they know they can do anything and become the best person they can be, by never giving up and working hard towards their goals.

Mike was a genuine, selfless, and generous man, full of life, laughter and love.  He became the humble man his friends admired by persevering through whatever challenges came his way.   He believed in trying new things, going on adventures and becoming a better person every day. While learning to dance, he met his wife Linda Harris Mallabone, and together they danced their way through the final years of his life.  He was a loving, devoted, and doting husband who will be missed so very much.

Becoming a member of Blacksburg United Methodist Church, he dedicated much time to getting to know God as a friend.  Mike loved to travel and was a self-professed National Park Geek.  Thanks to many friends and family, his favorite adventure was traveling across the US in his trusty RV, Meandering Miranda.  He, his wife Linda and his mother-in-law Evelyn, visited ten National parks in a 3000 mile round trip to home.   Mike dedicated much of his life to continual learning.  He graduated from and volunteered for Virginia’s Master Gardener program where he enjoyed teaching others about growing their own fruits and vegetables.   He learned to crochet blankets which he gave to many friends and family and his final project was a beautifully pieced quilt.  Riding his bicycle daily, he found a sense of freedom and twice he completed a 400 mile ride in one week, with the Erie Canal Bike Tour.  Mike had an amazing knowledge of and memory for music which gave him comfort throughout his life. He could recall a song for any event, and made many treasured C/D’s to remember his life with Linda.

Mike is to be commended for his volunteer work with Corning’s Veteran group C-Vets and Relay for Life, a cause he was passionate about as a previous cancer survivor.  In honor of Mike’s life and selflessness, donations can be made in his name to Relay for Life, in hopes that a cure may be found, and others may live a full and happy life.

Every day, Mike focused on truly living and he loved with his whole heart.  At his request, instead of a funeral, he has asked that we go for a walk in the forest, ride our bikes, or go somewhere that we have never been before. He will be there with us on each and every adventure.  Cancer might have taken his life here on earth, but he will live on in the hearts of those who knew him best.  In the spring of 2022, there will be a tree planting and a celebration of his life.  A guestbook is available by visiting www.kendallministries.com.  The staff of Kendall Funeral Home are honored to serve the Mallabone Family.