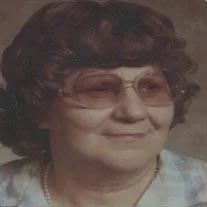 Martha Ann Walters Main, born April 19, 1933 in Christiansburg, has gone home to be with the Lord and spend eternity with her husband Lloyd “Jay” Main. She was a loving wife, mother and homemaker who lived most of her life in Shawsville. She passed away peacefully surrounded by her family on Saturday, March 16.