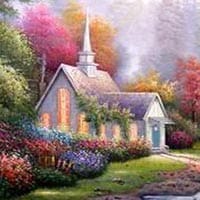 Ruth Luella Castle Maddox, 97, of Dublin, VA born of the late Ella and Clarence Kerns, left this world and found her peace with her heavenly Father on September 17, 2020. She was born in Offut, KY on March 18, 1923 and lived most of her life in Wharton, Hurricane and Scott Depot, West Virginia.

Ruth was a devoted homemaker for many years and was proud of her twenty-year working career in industry, retail and home health care. She was a born-again Christian and was a member of Wharton West Virginia Missionary Baptist Church and Teays Valley West Virginia Church of God.

A graveside service will be held Tuesday, September 22 at 2 p.m. from the Forest Memorial Park, Milton, WV.