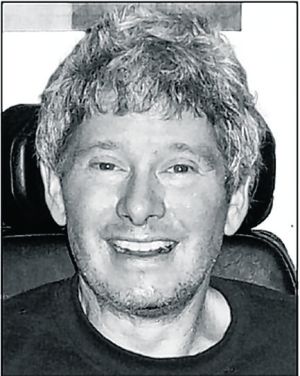 On February 21, 2014, Michael George Lytton, 49, formerly of Blacksburg, Va., presently of Eugene, Ore. ended his courageous battle with ALS, Lou Gehrig’s disease. Michael will be forever missed and always remembered by his wife, Tricia; and their two amazing children, Rachel, 23, and Nathan, 19; as well as his four watch cats, Spaz, Sophie, Kasper and Kalli. Michael was a loving man who touched many people with his kind words and warm smile, with a brilliant mind behind it. He completed eleven marathons, flew hang gliders, an avid skier, a nature-enthusiast, a motorcycle buff, an accomplished software engineer and a dedicated husband and father. His true passion was running; he and his wife completed the Avenue of the Giants marathon after his 2010 diagnosis and he continued to run as long as he could. Michael was an inspiration to many as his determination to find a cure and raise awareness for ALS grew deeper as he battled his disease. Michael’s final days were surrounded with those he loved the most. He will be greatly missed by his sister, Lisa Irving; and his brothers, Gary and Russ Lytton; mother, Ruth Lytton and father, Jack Lytton, all of whom helped to support him throughout his life, as well as during his four years with this relentless disease. A Memorial Service will be held 3 p.m. on Saturday, March 22, 2014, at the Campbell Community Center, Eugene, Ore. In lieu of flowers, memorial donations may be sent to: The Michael Lytton Memorial Fund, for his children’s education, c/o Selco Credit Union, PO Box 7487, Springfield, OR 97475 www.selco.org, or to an organization dedicated to eliminating ALS: The ALS Assoc. Michael Lytton Memorial Fund http://webor.alsa.org/goto/ MichaelLyttonALSBites.