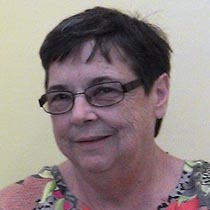 Doris Anne Mylum Lynch, 75 of Pearisburg, VA. went to be with the Lord on Thursday, March 1, 2018 at Heritage Hall Rich Creek. Ms. Lynch was born on October 26, 1942 in Victoria, VA and was a daughter of the late Joel Jasper Mylum and Ermine Rowena Overton Mylum. Ms. Lynch retired from the Giles County School System with over 30 years of service. She was a past member of the Pearisburg Women’s Club and the Pearisburg Library Board. She loved her family, friends and teaching.

She is survived by one son, William (Bill) F. Lynch of Charleston, WV, two daughters, Susan L. and Robert Ownby of Dillwyn, VA, Laura L. and Bart McKinney of Johnson City, TN, one sister, Joyce Mylum Trent of Rice, VA and ten grandchildren. The family will receive friends Saturday, March 10, 2018 at the Givens Funeral Home from 11am to 12pm. In lieu of flowers, the family request that memorial donations be made to the Pearisburg Town Library. Online condolences can be sent to the family at givensfuneralhome.com.