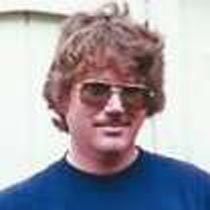 Stephen Louis Lyles, 53, of Pembroke, departed this life Monday morning, March 28, 2016 at his home. Born in Tennessee on March 28, 1963, he was a son of Albert Marion Lyles and the late Lillian Mae Hendrickson Lyles.

Stephen was an avid gun collector, member of NRA, and self employed as a master auto mechanic at Pembroke Auto Service.

He leaves to cherish his memory his father Albert Marion Lyles, his former wife, mother of his children, and dear friend Sheryl P. Mills; his son James Albert Lyles,; his daughter Shannon Elizabeth Lyles; his brother Larry Lyles, and his friend and business partner Terry Speckmier.

Memorial services will be announced at a later date. The Kendall Funeral Home in Pembroke is in charge of arrangements. Online condolences may be sent by visiting kendallfuneralhome.com. 540-626-7221.