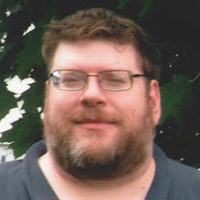 Paul David Lusk, 48, passed away Saturday, December 26, 2015 at his home in Radford. He was a member of the Church of Jesus Christ of Latter Day Saints and was a programmer with Radford University. He was preceded in death in September by his father, Paul Duane Lusk.

Funeral services will be held at 10 a.m. on Thursday, December 31, 2015 at the Church of Jesus Christ of Latter Day Saints Radford Ward, 900 Pendleton Street, with Bishop Richard Fisher officiating. Interment will follow in West View Cemetery in Radford. The family will receive friends from 9:30 a.m. until the time of the service at the church.

The Lusk family is in the care of Mullins Funeral Home & Crematory in Radford. www.mullinsfuneralhome.com