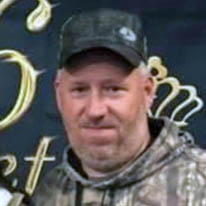 Anthony Wayne Ludwig, age 48, passed away on Monday, July 26, 2021. Born January 24, 1973, in Oakland, MD, he was the son of Dorothy Ann Moyers Baker, and the late Robert Eugene Ludwig. Anthony was a U.S. Army Veteran and worked as Utility Supervisor at Celanese in Narrows, VA. He loved hunting, fishing, and raising and showing pigs with his family for 4-H. He was a beloved husband, father, grandfather, son, and friend.

In addition to his father, he was preceded in death by one brother, Charles “Chuckie” Ludwig. Along with his mother, survivors include his loving wife of more than 27 years, Betty Jo Sweitzer Ludwig; two sons, Corey Ludwig and fiancé Victoria of Peterstown, WV, and Cody Ludwig of Narrows, VA; one daughter, Kaylee Ludwig of Peterstown, WV; two grandchildren, Scarlett and Leland Ludwig; one brother, Robbie Ludwig and wife Lorianne of Oakland, MD; and two sisters, Tammy Bauchum and husband Bill of Dayton, OH, and Carol Johnson and husband Joe of Oakland, MD; as well as many nieces and nephews.

Funeral services will be held at 2:00PM on Sunday, August 1, 2021, at the Broyles-Shrewsbury Funeral Home Chapel in Peterstown, WV. Burial with military rites will follow at the Peterstown Cemetery in Rich Creek, VA. Visitation will be from 6:00PM until 8:00PM on Saturday, July 31, 2021, at the funeral home.

In lieu of flowers, donations can be made directly to Broyles-Shrewsbury funeral home for funeral expenses. A link has been provided on Anthony’s obituary page.