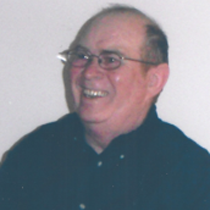 Tommy Lee Lucas, age 69, of Christiansburg died, Friday, June 3, 2016, at Lewis Gale Hospital-Montgomery. He was born in Giles County on April 7, 1947 to the late Tom and Nancy Falls Lucas. He was also preceded in death by his first wife, Betty Kirby Lucas, stepdaughter, Dania Ayers.

Funeral services will be conducted Tuesday, June 7, 2016 at 11:00 am in the McCoy Funeral Home Chapel with the Pastor Vince Guerra officiating. Interment will follow in the Roselawn Memorial Gardens, Christiansburg. The family will receive friends from 6-8:00pm Monday evening at the McCoy Funeral Home 150 Country Club Dr. SW, Blacksburg.