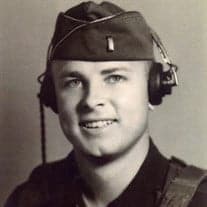 James T. Lucas Jr., age 95, died on January 8, 2022, in Radford, VA. Survivors include a son, David P. Lucas and daughter-in-law Bonnie Altizer Lucas of Salem and their children, Jonathan of Asheville, NC and Grayson of Shawsville; a daughter, Laura Lucas Krisch and her children Cedar and Zander all of Blacksburg; and a son, Matthew D. Lucas of Radford.

James T. (Jim) Lucas was born, raised, and educated in the public schools of Montgomery County. He was the son of James T. (Ted) and Eloise Summers Lucas (Weasie). In addition to his parents, Jim was predeceased by his eldest son James T. Lucas, III (Jay); sisters Barbara Lucas Aldridge and Sara Lucas Brown; and brother George K. Lucas (Kawood).

He was a retired Air Force Colonel with active service in World War II and the Korean War and total active reserve service of 42 years. He held 11 military service awards, including the Meritorious Service Medal. Active military service included tours in the Pacific theatre during World War II and reserve duty with the Air Force Academy and the National Defense University in Washington, D.C. He was a graduate of the Air War College and the Industrial College of the National Defense University.

Jim was a graduate of Roanoke College and held graduate degrees from Virginia Polytechnic Institute and State University, where he taught for 33 years, retiring in 1988 as a Professor of Economics. Prior to his service at Virginia Tech, he was employed by Hercules Inc. of Wilmington, Delaware as a Sales Correspondent and by the U.S. Chamber of Commerce as a Sales Representative.

Visitation will be held at Horne Funeral Home on Saturday, January 15, 2022 from 1:00 p.m. to 2:00 p.m. Funeral Service will begin at 2:00 p.m. in the Chapel. Private burial to follow at the family cemetery. The family strongly encourages attendees to wear a mask.
Floral arrangements can be sent to Horne Funeral Home, or the family would be glad for you to donate in Jim’s memory to the charity of your choice.