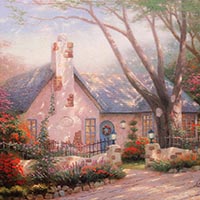 Ina Pearl Dunn Lucas, 98 of Pearisburg, VA went to be with the Lord on Monday, August 29, 2022, at Heritage Hall Rich Creek. Ina was born on March 25, 1924, in Peterstown, WV, and was a daughter of the late Glen Dunn and Edna Mae Buckland. Besides her parents, she was preceded in death by 1 son, Bobby (Mike) P. Lucas, 2 brothers and 2 sisters.

Ina was a longtime member of the First United Methodist Church in Pearisburg and a retired employee of the Celanese Corp. in Narrows. She was a beloved mother, grandmother and great grandmother.

Graveside funeral services will be conducted Wednesday, August 31, 2022, at 1pm at Birchlawn Burial Park with Pastor Terry Easter officiating. Online condolences can be sent to the family at givensfuneralhome.com.