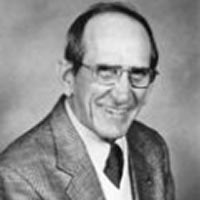 Reverend James D. Lowe Jr., of Beckley, West Virginia, went to be with his Lord and Savior, Jesus Christ, on Tuesday, June 10, 2008.

Born December 28, 1919, at Beckley Slope, he was the son of the late James Douglas Lowe and Ethel King Lowe. Besides his parents, he was preceded in death by his beloved daughter, Barbara Elaine; his first wife and mother of his children, Agnes Fields Lowe; and three brothers, Edward, Berkley and Douglas Lowe.

He is survived by his present wife, Rita Lowe; two sons, James and Steven, stepson, Brian, eight grandchildren, and eight great-grandchildren. He is also survived by one brother, the Reverend Donald Lowe, and two sisters, Ann and Ruth as well as many nieces and nephews.

During his ministry in Grafton, the Reverend Lowe achieved the status of Minister Emeritus, a title given to honor a long and devoted meritorious service to his congregation. He would however cut his retirement short by accepting the call to serve as interim pastor at Core, West Virginia, his wife’s home church of Beech Grove Virginia in Narrows, Virginia, and lastly fulfilling a lifelong dream, he came home to pastor at the First Christian Church of Beckley, West Virginia, his home church. Finally retiring at age 82, he continued to teach Sunday school and perform the occasional wedding or funeral when asked.

His last spoken wish was to attend one more service at the church he loved so dearly.