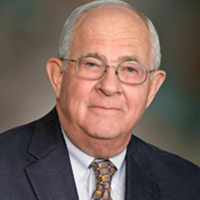 James “Jim” Loux, 77, of Dublin, passed away Monday, September 14, 2020. He was preceded in death by his parents, Russell and Mildred (Leach) Loux.

Survivors include his wife, Janice (Buck) Buss; daughter, Michelle Rodkey and three grandchildren; his sister, Jan Carroll, and niece and nephew Erin and Sean Carroll. Not to be forgotten are his beloved dogs, Molly and Woody, and his large community of friends.

A graduate of the University of Massachusetts in Amherst, he was the Founder and President of Allegheny Brokerage Company, Inc., where he spent twenty years in customs import and export management for multinational corporations. He served on the New River Valley Foreign Trade Zone Advisory Committee and was a Director for the Blue Ridge International Trade Network. Jim was a veteran of the Navy, serving aboard the USS Kitty Hawk.

Jim pursued many interests, but chief among them was being a winemaker and sharing the creation of red wine with his friends. He and his wife Jan turned the work of crushing grapes and bottling wine into social gatherings at their home filled with food, tastings, and wines from former seasons to take home. Another passion Jim had was for service dogs. He was a long time avid supporter of the St. Francis Service Dog Association of Roanoke.

A celebration of Jim’s life will be planned for a later time, but for now, in lieu of flowers, please consider making a donation in his memory to St. Francis Service Dogs, PO Box 19538, Roanoke, VA 24019, or to New River Community College, 5251 College Drive, Dublin, VA 24084.

The Loux family is in the care of Mullins Funeral Home & Crematory in Radford. www.mullinsfuneralhome.com.