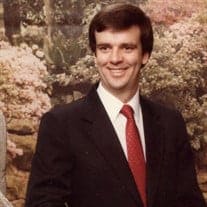 Dewey Otis Long Jr., known by everyone as Sonny, of Radford, VA, entered into heaven on December 8, 2021. He was born June 19, 1950 and grew up in Greenville, WV. He met his wife Trixie when they were teenagers, and devoted his life to his family, his church and serving others in Christiansburg, VA.

A genuine self-made man, Sonny worked as an electrician before beginning his long career at Wolverine Gasket Company in, Blacksburg, VA where he started in the maintenance department, was promoted to process engineer, and eventually the plant manager. His co-workers, friends and family often say, “Sonny can fix and build anything.” and he enjoyed using his gifts helping out everyone he knew, with his electrical, mechanical and carpentry skills.

Sonny was a faithful member of Belmont Christian Church in Christiansburg where he served on many committees and service projects and as a deacon and elder. After his retirement, he was tasked to be the foreman of constructing the new church building Belmont currently uses and was often the one the staff called first when something at the church was broken. When not serving at church, Sonny volunteered his talents on several Habitat for Humanity building sites and in the Restore. His hobbies included fishing, hunting, camping and woodworking.

His passing is preceded by his parents, Dewey “Otis” Long Sr. and Vivian Hedrick Long of Greenville, WV, and his wife of 40 years, Trixie Wiley Long of Christiansburg. He is survived by his son, John and daughter-in-law Nicole of Radford, VA; his daughter Tammy and son-in-law Eric Dunkum of Chesterfield, VA; and his four grandchildren: Hannah, Beth, Jed and Kate. He is also survived by his sister, Sandra and brother-in-law, Dave Dowdy of Greenville, WV, his nephew TJ Dowdy and his wife Amy and their sons Jacob and Ethan of Cool Springs, WV, and former wife, Carol Long of Christiansburg.

The family will receive friends on Sunday, December 12 from 2 until 4 pm at Horne Funeral Home. The funeral will be Monday, December 13 at 10 a.m. at Belmont Christian Church officiated by Pastor’s James “Beaver” Terry, Jerry Dowdy, and Brandon Craig. Interment will follow in Sunset Cemetery. Instead of flowers, the family requests donations be made in Sonny’s honor go to Belmont Christian Church, 1500 Peppers Ferry Rd. NW, Christiansburg, VA 24073 (belmontchristianchurch.org); or Habitat for Humanity (HabitatNRV.org) in memory of Sonny.

The Long family is being served by Horne Funeral Service and Crematory, Christiansburg, VA. Online condolences may be sent to the family by visiting www.hornefuneralservices.com