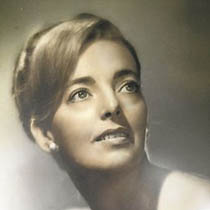 Jeanette Green Loderstedt went to be with the Lord on Sunday, February 12, 2017 at the age of 85.

Mrs. Loderstedt was a resident of Pulaski, Va. since 1968 when she and her family moved to Pulaski to begin a medical practice in Obstetrics. Mrs. Loderstedt was born on November 26, 1931 in Portsmouth, Va. and was the youngest daughter of the late William and Dorothy Hayden Green. Mrs. Loderstedt attended the Columbia Union College, in Tacoma Park, Md., and graduated from Norfolk General Hospital where she obtained her degree as a Registered Nurse.

Funeral services will be held at 2 p.m. on Saturday, February 18, 2017 at Stevens Funeral Home Chapel with the Rev. Don Sizemore officiating. Burial will follow in the Oakwood Cemetery. The family will receive friends from 1 p.m. until the service hour. Arrangements by Stevens Funeral Home, Pulaski, Va.