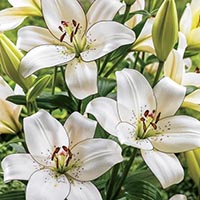 She is survived by her only son, A. Wayne Donald and his wife Darla of Blacksburg; and two grandchildren, Christopher Ross Donald of Richmond and Megan Malone Donald of Burlington, N.C.

Graveside services will be conducted on the Eastern Shore of Virginia. The family requests no flowers, but memorial donations may be made in Katherine’s name to the XYZ’s program of Blacksburg United Methodist Church, P.O. Box 931, Blacksburg, Va. 24063.