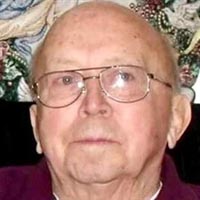 MSG (Ret) Samuel R. Linkous, 82, passed away Thursday, July 9, 2020 at Pulaski Health and Rehabilitation Center. He was born on December 2, 1937 in Blacksburg to the late Paul J. and Thelma C. Linkous.

Sam graduated from Blacksburg High School in 1957 where he had set several records as a member of the Track team. He proudly served in the Virginia Army National Guard for 40 years. He also was co-owner of Machine Products, Inc in Radford. He later worked in the Maintenance Section with Montgomery County Public Schools. Sam was an avid sports fan. You could find him watching any of the Nascar series’ races, pulling for his Cleveland Browns and L.A. Dodgers along with his beloved Virginia Tech Hokies. Sam had the kindest heart and best sense of humor. Everywhere he went, someone always knew him.

The family would like to thank the doctors, nurses, and staffs of Lewis Gale Montgomery County Hospital, Blue Ridge Cancer Center (Dr. McCoy), Wake Forest Baptist Hospital and family physician Dr. Carol Ballard, for all the care they gave to him.

Cremation will be performed by McCoy Funeral Home with his ashes interred in a private ceremony at the V.A. Cemetery and Mausoleum in Dublin, Va.

In Lieu of flowers, donations may be made in his name to St. Jude’s Children’s Hospital, American Cancer Society, or Wake Forest Baptist Hospital.