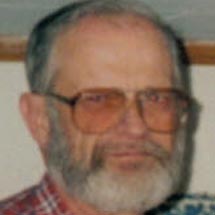 Donald K. Linkous, 81 of Dublin, died late Monday evening February 22, 2016 in a Galax Nursing Center. He was born on October 28, 1934 in Dublin, and was the son of the late Clara Udy Linkous and Leo Vinson Linkous, Sr. Donald was a retired employee of V.D.O.T.

In addition to his parents, he was preceded in death by a brother, Earl U. Linkous, Sr. and a sister, Eleanor Gay Craig. He is survived by a brother, Leo Vinson Linkous, Jr. of Roanoke, and by many nieces and nephews.

Funeral services will be held Friday, February 26, 2016 at 2:00 p.m. at Seagle Funeral Home. Interment will follow in Dublin Town Cemetery. The family will receive friends on Friday at the funeral home from 1:00 p.m. until 2:00 p.m.