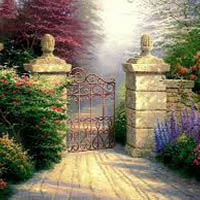 Albert Terry (Bud) Linkous, 80, of Pembroke and formerly of Christiansburg, Va., departed this life on Wednesday afternoon, March 11, 2009, at Giles Memorial Hospital in Pearisburg. Born in Merrimac on September 1, 1928, he was a son of the late David Edward and Winston Linkous. He was retired from the Coca-Cola Company as a route driver and cooler repairman. He was preceded in death by a son and daughter-in-law, Terry W. and Carolyn Simpkins Linkous.

He leaves to cherish his memory his wife of 58 years, Mary Catherine Murdock Linkous; his son and daughter-in-law, Ken and Corinne Linkous, of Johnstown, Pa.; his daughter and son-in-law, Joyce and Mark Markley, of Tallahassee, Fla.; his daughter and son-in-law, Michelle and Delbert Collins, of Pembroke; his grandchildren, Alex Linkous, of Dover, Ohio, and Savannah, and Duncan Collins, of Pembroke; his brothers, Colburn Linkous, of Dublin, and Weldon Linkous, of Martinsville; and his sisters, Frances Cupp, of Merrimac, Nellie Overstreet, of Riner, and Shirley Howard, of Floyd.

Funeral services will be conducted 2 p.m. on Friday, March 13, 2009, in the Kendall Funeral Home at 605 Snidow St. in Pembroke with burial following in Roselawn Memorial Gardens in Christiansburg. The family will receive friends at the funeral home two hours before the service. Online condolences may be sent to kendallfuneralhome.com.