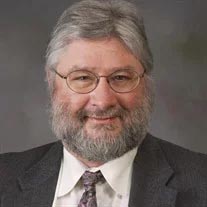 Dr. Douglas K. Lindner, age 67, of Blacksburg, passed away suddenly on Saturday, February 1, 2020. Upon his retirement from Virginia Tech in 2017, he was conferred the title of associate professor emeritus of electrical and computer engineering in the College of Engineering.

Douglas was born on October 17, 1952 in Waverly, Iowa, the son of the late Sherwin and Shirley Lindner, and raised on the family farm. There he acquired his work ethic by helping with the daily farm chores. He attended Waverly-Shell Rock High School, graduating in 1971. That fall he began his academic career at Iowa State University where he discovered a different life than the farm and developed many lifelong friendships.

Doug received two bachelor’s degrees, mathematics and electrical engineering, from Iowa State University and a master’s degree and Ph.D. from the University of Illinois – Urbana/Champaign, all in electrical engineering, in 1977, 1979, and 1982, respectively. He is survived by his only brother Robert (Mari) of Maxwell, IA, and aunts, uncles, and cousins across the country.

Doug spent his entire professional career at Virginia Tech, where he had two “big families” – the Electrical and Computer Engineering (ECE) Department and the contemplative practices and mindfulness communities in Blacksburg and beyond. Immediately after defending his PhD in control theory in 1982 at the University of Illinois – Urbana/Champaign, he became ECE faculty at Virginia Tech. Dr. Dushan Boroyevich, ECE University Distinguished Professor, recalls, “I took the first course he taught, EE5704, Linear Systems Theory, and I am still occasionally referring to my class notes. He was my host when I interviewed for a visiting professor position in 1989 for my return to Blacksburg.”

In the classroom, Doug taught both undergraduate and graduate courses. He authored a leading textbook, “Introduction to Signals and Systems,” that has been used to teach Virginia Tech electrical and computer engineering students for more than 15 years. He directed four doctoral degree students and more than a dozen master’s degree students to completion of their degrees and served on more than 100 master’s degree and doctoral degree committees, many of them in Virginia Power Electronics Center (VPEC) and Center for Power Electronics Systems (CPES).

Lindner was particularly interested in mindfulness meditation and contemplative practices as related to a rapidly changing technological society. He has organized several conferences at Virginia Tech, including “Contemplative Practices for a Technological Society” in April 2013 and “Contemplative Practices for the 21st Century University” in March 2016. During the 2013-14 academic year, he was honored with the prestigious Frederick P. Lenz Fellowship at Naropa University in Boulder, CO, to study humanistic engineering and contemplative practice. His later research interests included the development of ethics instruction for STEM incorporating mindfulness. He practiced meditation and qigong.