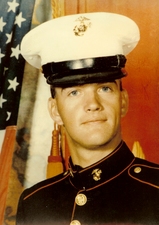 David Roy Light, age 64, of Floyd, passed away Wednesday, March 26, 2014. He is survived by his wife, Carlon Light; three children; seven grandchildren; five great-grandchildren; four brothers; one sister; one sister-in-law; one brother-in-law; three nephews and four nieces.
Funeral Services will be conducted on Sunday, March 30, 2014 at 2p.m. at Gardner Funeral Home Chapel with the Reverend Leon Alley officiating. Interment will follow in Piedmont Cemetery. Friends may call after 7 p.m. on Saturday , March 29, 2014 at the funeral home where the family will be from 7 to 8 p.m.
Online condolences may be made to the family by visiting www.gardnerfuneralhomefloyd.com. Arrangements are being handled by Gardner Funeral Home, Floyd, Va., (540) 745-2007.