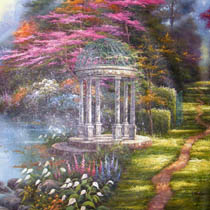 Colleen Marie Kelley Lewis, 84 of Pearisburg, VA. went to be with the Lord on Monday, June 27, 2016 at Carilion Giles Community Hospital in Pearisburg, VA. Marie was born on January 9, 1932 in Giles County, VA and was a daughter of the late Lacy Albert Kelley and Iva Chandler Kelley.

Besides her parents, she was preceded in death by one son, Eddie Havens and two brothers, Bill Kelley and John Kelley. She was a member of Stella Christian Church in Patrick Springs, VA and a home health caregiver for many years.

Graveside services will be held Wednesday, June 29, 2016 at 11:00 am at Angels Rest Cemetery in Narrows with the Rev. Gary C. Poff officiating. The family will receive friends at Marie’s home, 1103 Curve Rd., Pearisburg during the day on Tuesday. Online condolences can be sent to the family at givensfuneralhome.com