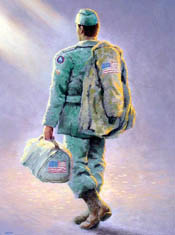 James Daniel (Dan) Level, 81, a longtime resident of Pearisburg, passed away suddenly in Roanoke on Wednesday, May 7, 2014. He will be dearly missed by his loving wife of thirteen years, Dorothy J. Level, of Roanoke. He was born in Pearisburg on July 8, 1932, the first child of James Robert and Jessie Elise Level, and was a 1950 graduate of Pearisburg High School. He served his country with honor for more than two decades as a member of the United States Air Force. After retiring from military service he returned to Pearisburg and resided there until 2013, when his home was destroyed by a fire. He moved to Roanoke last November. He married his first wife, Peggy Ann Carter of Narrows, in 1952; she preceded him in death on August 29, 1998. Dan was an active and enthusiastic contributor to the good works of many community organizations, an officer of AARP, a member and officer of the American Legion, a blood drive coordinator for the American Red Cross; and a town councilman and volunteer worker for the Giles County Chamber of Commerce in Pearisburg. He is lovingly remembered by his family and will be missed by many close friends and associates. He is survived by his son, Jeffery Garland Level, Roanoke; daughter and son-in-law, Priscilla Ann and David Kembel, Cloverdale; daughter, Patricia Ann Level, White Sulphur Spring, West Virginia; sister and brother-in-law, Judy and Paul Stafford of Pearisburg; a brother and sister-in-law, Bobby Joe and Sandra Level of Baker, Louisiana; stepson, Michael Carrington, Philadelphia, Pennsylvania; stepdaughter and husband Lisa and Paul Repetti, Bethesda, Maryland; grandchildren, Erica, Austin, Michelle, Kirsten and Will; and many nephews and nieces. Memorial services will be held at Pearisburg Presbyterian Church at 11 a.m. on Monday, May 12, 2014; graveside services will follow that afternoon at 1 p.m. at the Southwest Virginia Veterans Cemetery in Dublin. In lieu of flowers, the family requests donations to the Pearisburg Presbyterian Church. Visitation is Sunday, 6 to 8 p.m. at Givens Funeral Home in Pearisburg. Online condolences can be sent to the family at givensfuneralhome.com.