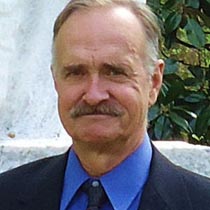 In addition to his mother and father, he was preceded in death by a sister, Lynn Letts Horadam.

Frank was an accomplished actor, and enjoyed theatre work. He also enjoyed playing softball, singing, and organizing classic movie presentations. Movie night was a special time for the family.

At his request, he will be cremated. A memorial service will be held Sunday, March 13th, 2016 at 2 PM in the Chapel of Riffe’s Funeral Service in Narrows.