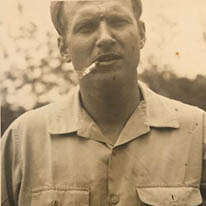 Thad was born in Dillon, South Carolina on May 15th, 1944. He was a Senate Page for United States Senator Strom Thurmond in 1958, and later attended Clemson College before graduating with his Medical Degree from the Medical University of South Carolina in 1971. Thad attained the rank of Major in the United States Air Force. He was the Chief Medical Officer of the Incirlik Air Force Base in Turkey, where he also met his dearest, closest friend, Bill Scruggs, with whom he remained in contact with for the rest of his life.

Thad practiced Family Medicine in Radford for over 44 years, taking care of patients throughout the New River Valley. During his time in the area, Thad was known for his empathy, devotion, and passion when talking with and treating his patients. This was best demonstrated through his commitment and attentiveness to his patients’ lives and their health; he would often remain late at the office so that he had enough time with each person.

An avid outdoorsman and Eagle Scout, Thad enjoyed hiking, camping, and bicycling. He was well known for his love of animals. During his lifetime, he cared endlessly for a number of horses, cats, and dogs, as well as other farm animals and wildlife. He could often be seen in his yard tending to the bird feeders, always making sure there was extra feed for the squirrels, chipmunks, and deer. In the backyard, Thad prepared a small plot of land to serve as a cemetery for all of the animals that passed away while in his care. He said it best: “Animals are God’s creatures, and we are meant to love them as we do each other”.

In his later years, Thad enjoyed, and may be best remembered for, spending time on his front porch, watching over the community and the animals that he had nurtured and cared for his entire life. He took pleasure in spending his retirement time with his wife, his children, and grandchildren, as well as his three dogs, Buddy, Kadie, and Boe, and his three cats, Godiva, Twinkie, and Callie.

In many ways, Thad was larger than life. He was patient and understanding, firm but gentle, and humorous even in the most serious or difficult of moments. A man of myriad interests, he was able to talk to anyone about anything, and was more than capable of surprising you with his knowledge.

In his memory, Thad would take great solace if the public would donate to their nearest animal rescue shelter.

Services will be private and burial will take place in the Southwest Virginia Veterans Cemetery in Dublin.

The Lee family is in the care of Mullins Funeral Home & Crematory in Radford. www.mullinsfuneralhome.com