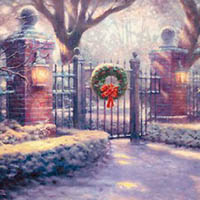 Catherine Elizabeth Hynd Lee, 92 of Pearisburg, VA, formerly of Gloversville, NY, went to be with the Lord on Saturday, December 21, 2019 at her daughter’s home in Pearisburg. Catherine was born on November 30, 1927 in Johnstown, NY and was a daughter of the late Clark and Margarite Pisot Hynd.

Catherine was a past employee of Decca Records and Winig Slipper Company both in Gloversville, NY and her last job was at Village Inn in Orlando, FL.

As per her wishes, there will be no memorial service. Online condolences can be sent to the family at givensfuneralhome.com.