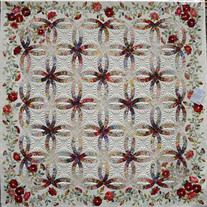 Dorothy Rupe Layne, 85 of Radford, passed away Wednesday, February 7, 2007 in Maryland. Dot was born May 8, 1921 the daughter of the late Max C., Sr. and Gertrude Richards Rupe. She was a faithful member of Carter Street United Methodist Church where she was very active teaching Sunday school and quilting with the Carter St. Quilters. She was retired from Inland Motors with 25 years of service.

Graveside services will be held Thursday, February 15, 2007 at 1:00 p.m. in the Highland Memory Gardens Mausoleum in Dublin with Rev. Kristie Bane officiating.