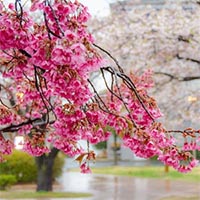 Weda Ruth Sweeney Layman, of Roanoke, died peacefully at her home on Friday, February 8, 2008, with her devoted family by her side. Born June 23, 1909, in Floyd, Va., she was a loving wife, mother, grandmother, great-grandmother, sister, aunt, and friend to all who knew her. Her passion for God and her family marked a life spent loving and giving to others.

She was the daughter of the late E. K. and Leilia Sweeney, and preceded in death by her husband, William D. Layman; infant son, Robert Carlton Layman; sister, Daisy; and brothers, Fred, Claude and M.L. Sweeney.

Weda was instrumental in founding Layman Candy Company in Salem, Va., with her late husband and worked there well into her 80’s. She was a charter member of Emmanuel Lutheran Church in 1932 and was the first woman to sit on their church council. At the time of her death she was a member of the Church of St. Peter and St. Paul. Her lifelong love for her family, church, and friends has been an inspiration to all.

Weda’s family would like to extend a very special thank you to her loving caregivers, Joyce Vert, Michele and Nicole; and a special thanks to Dr. William Fintel and his staff at Oncology Associates and the staff of Good Samaritan Hospice.