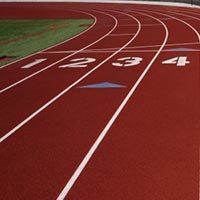 T. Rodman (Rod) Layman, 83, of Pulaski, Va., passed away at Pulaski Rehabilitation Center on the morning of October 27, 2018 after a long struggle with diabetes. Rod was born in Troutville, Virginia on December 16, 1934 to the late John Cline and Elsie Montgomery Layman. He spent his younger years in Rockbridge County, in the Brownsburg and Raphine areas, before spending most of his childhood in Blacksburg.

He was a track and cross-country star at Blacksburg High School and also ran track and cross-country while majoring in history at Bridgewater College, where he graduated in 1956. Rod went on to serve briefly in the U.S. Army, to earn a Master’s degree in political science at Indiana University and to attend law school at the College of William and Mary and the University of Richmond, earning his J.D. from Richmond.

After law school, he taught government at Virginia Tech for a short time before embarking on a career in law and politics. He joined the Crowell-Nuckols law firm (now Crowell, Nuckols, Layman, and Aust) in the early 1960s and served as a U.S. District Attorney in Roanoke (including a brief stint in San Juan, Puerto Rico) in the late 1960s. A lifelong Republican, Rod ran for the Virginia Senate in 1967 and for the Virginia House of Delegates in 1969, losing very close races at a time when Virginia remained a one-party Democratic state in which Republicans virtually never won.

Rod’s forays into electoral politics came to an end in 1969, but his career in Virginia state government began just after as he was appointed chairman of the Virginia Alcoholic Beverage Control Commission. He served on the Commission until 1980, when he was appointed as Secretary of Public Safety in Governor John Dalton’s cabinet. While in Richmond, he also served as the President of the Virginia JCI Senate, an organization of notable former Jaycees. After the Republican Party’s defeat in the 1981 gubernatorial election, Rod returned to Pulaski to practice law.

Rod married Barbara “Tinky” Hilton of Pulaski at Memorial Baptist Church in Pulaski in 1964. They had two sons, Geoff and Matt. In Pulaski, he was a devoted member of First United Methodist Church, where he sang in the choir, taught Sunday School, and served as a lay leader for several decades. He also was active in political and civic life as a former chair of the Pulaski County Republican Party and a member of the Pulaski County Hokie Club, the Pulaski County Touchdown Club, and the Rotary Club of Pulaski. Rod was an avid tennis player and attended nearly every Pulaski Yankees home game in recent years.

A lifelong fan and benefactor of Virginia Tech, Rod was appointed by Governor George Allen to the Virginia Tech Board of Visitors in 1995 and served two terms on the Board, from 1995-1999 and from 2001-2004. A devoted Hokie fan, Rod was a longtime member of the Hokie Club, reaching “Golden Hokie” status in recent decades, and a longtime Tech football and basketball season ticket holder. His goal was to attend 30 Tech bowl games before he passed. He nearly reached it, attending 26 bowl games and all but two of the bowl games during the “Beamer Bowl” era since 1993.

In addition to his parents, Rod was preceded in death by his brother John William Layman. He is survived by Tinky, his wife of nearly 54 years, his two sons Geoff and Matt, his sister Margaret Ellen (Layman) Forte, his two daughters-in-law, Amy and Heather Layman, and five grandchildren: Caroline, Chris, Grace, Kate, and Shannon.

The family will greet friends at Seagle Funeral Home in Pulaski from 6 to 8 p.m. on Monday, October 29, 2018. Memorial services for Rod will be held at First United Methodist Church in Pulaski on Tuesday, October 30, 2018 at 2:00 p.m.. He will be laid to rest at the Southwest Virginia Veterans Cemetery.

In lieu of flowers, memorial donations may be made to the First United Methodist Church 135 Fourth Street, N.W. Pulaski, VA 24301 or to the Virginia Tech Foundation 902 Prices Fork Road #140 Blacksburg, VA 24060.