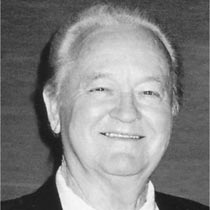 Hersel L. Lawson, Sr. 81, of Christiansburg went home to be with the Lord Friday, April 1, 2016. Hersel served several years in the National Guard and was a former owner of Roanoke Auto Alignment, and the Cycle Shack in Christiansburg. He was a loving husband, father, and grandfather.

In lieu of flowers the family asks that memorials be made to the National Kidney Foundation or the Diabetes Association. Funeral services will be conducted 2 p.m. Monday, April 4, 2016, at Simpson Funeral Home 5160 Peters Creek Road. Interment will follow in Blue Ridge Memorial Gardens.