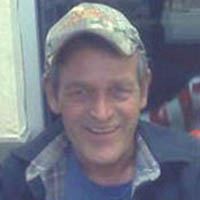 David was a devoted family man, loving father and caretaker to all. He was a dedicated Union man, retired employee of 34 years a Yokohama Tire Corporation, past coal miner, classic car hauler and fixer of everything.

The family will receive friends on Tuesday, October 28 from 5 to 7 Horne Funeral Home. A memorial service will start at 7 p.m. in the funeral home chapel with Rev. John Ferguson officiating.