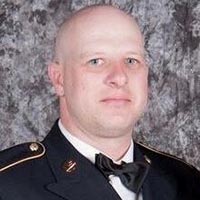 Preceding him in death were his grandparents; and his father, Jeff LaVere Sr. Surviving him are his loving wife, Charlyn; his mother and dad, Majken and Skip Mathis; his children, Zachary and Audrey LaVere; and numerous aunts and uncles and many cousins.

He served 17 years in the Army with numerous medals and commendations, retiring with the rank of Sergeant. He served his nation with dignity and honor all over the world; some posts served were Ft. Leavenworth, Germany, Iraq and Afghanistan and S. Korea. After retirement he enrolled in flight school in Utah becoming a helicopter pilot. His awesome sense of humor, compassion, and zest for life were contagious and he will be missed by family and friends who dearly loved him.