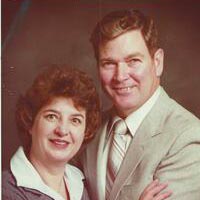 James Ralph Lane, Senior Master Sergeant USAF Retired, age 83 of Draper, died Sunday, May 31, 2020 at Pulaski Health and Rehabilitation Center. He was born on March 17, 1937 in Dublin and was the son of the late James Albert Lane and Lois Turner Lane.

In addition to his parents, he was preceded in death by two sisters: Elizabeth Lane Smith Minnick, and Evelyn Lane Earles.

Ralph is survived by his wife of over 50 years, Janet Bocock Lane of Draper. Also surviving is a sister: Carolyn Lane Kurgan of Pulaski, and a niece, Julie Earles Glass of Charleston, SC., along with brother-in-law Ralph M. Bocock.

Ralph retired in 1975 from the United States Air Force after serving 21 years all over the world, and returned home to Pulaski County, Virginia. He pursued many interests, gaining skills, knowledge and enjoyment, reflected in his home, yard, and friends. Due to the governor’s restrictions, a public graveside service will be held at a later date, in the Southwest Virginia Veteran’s Cemetery, Dublin. An obituary announcement will be made at that time.

In lieu of flowers, the family suggests that contributions be made in Ralph’s memory to a local charity of choice.