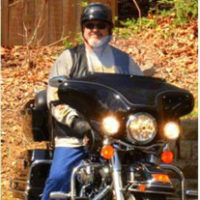 It is with great sadness that the family of James (Jim/Jimmy) Wendell Lambert announces his passing after a brief illness on Saturday, March 17, 2018, at the age of 63 years.

Jimmy will be lovingly remembered by his wife of 37½ years, Angela; and their children, Heather (Abraham), Jason (Sarah), and Holly (John Shrader, boyfriend of 7 years). Jimmy will also be fondly remembered by his six grandchildren, Emma, Brandon and Abigail (twins), James (Little Jimmy), Addison, and Caleb. He will also be remembered by his sister-in-law, Carol and her children; and many nieces and nephews. He was preceded in death by his mother, Christa Evelyn White; father, Flure D. Lambert; brothers, Michael D. Lambert and Russell Lambert; sisters, Sharon Jean Burdette and Karen Lynn Lambert.

Jimmy was born in Huntington, WV on March 26, 1954. He was raised in Belle, WV and moved to Cleveland when he was in his teens. He decided to join the US Navy in 1973. He was stationed on Guam, USS Francis Marion (LPH 249), SIMA Norfolk, NRTF Moron Spain, NSGA Northwest, USS Thomas C Gates (FF1092), NOPF Dam Neck, USS Wasp (LHD 1) and Roclant NATO Comm Facility, Norfolk. He swiftly moved up the ranks and retired as RMCM SW/AW (MasterChief E-9) in 1999.

During his service he went to school and completed his Master’s Degree in education. He taught Tech-Ed, cabinet making, woodshop at Granby High School in Norfolk, VA. He was also an adjunct professor at Old Dominion University. In 2007, the family moved to Christiansburg where he continued to teach at Eastern Montgomery High School. Jimmy made a huge positive impact on his students, their families, administrators and fellow teachers. Throughout the years, several of his former students came back to visit him to thank him for his astounding influence.

Jimmy was a Master Mason and belonged to McDaniel Lodge #86 in Christiansburg. He was a Shriner and belonged to Kazim Temple in Roanoke. Jimmy was the President of the Kazim Motor Patrol in 2015 and was very proud of his accomplishment.

Family and friends can receive visitors at Horne Funeral Home on Tuesday, March 20, 2018, from 5-8 p.m. Jimmy’s Funeral Service will be held at Good Shepherd Baptist Church, Christiansburg, on Wednesday, March 21, 2018, at 1:30 p.m. followed by the procession to Dublin Veterans Cemetery where he will be given a full military burial, followed by graveside rights by the Masonic Temple. There will be a celebration of life at Good Shepherd after the Services at the Cemetery.

Donations can be made to the Shriner’s Hospital for Children.