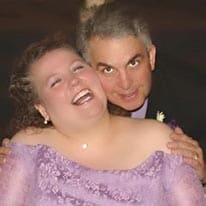 He is survived by his loving wife Loketta Dawn Lambert; mother and step-father, Paige and Cephas Dalton of Willis, VA; brothers, Barry Lambert (Chae-sun) of Harker Heights, TX, Ben Danner (Sandy) of Southport, NC, and Brian Danner (Joanna) of North Wilkesboro, NC. He is also survived by many nieces and nephews.

Brady was born April 14, 1963 in Wytheville, VA. He was a 1981 graduate of Mount Airy Senior High School, where #71 was a proud member of the Granite Bears football & wrestling teams, drama & drafting clubs, and served on the student government council. While employed at H&W Trucking in the summers. He was given the nickname “shady” not because he was up to no good, but because he was always as cool and calm as a shade tree. He attended both NC State University and Surry Community College obtaining his degree in 1986.

Brady was well known in the community thanks to his involvement in local church and community organizations. Upon leaving the workforce, Brady relocated to Floyd, VA where he spent many hours volunteering at Skyline Manor Nursing Home. It was during this time that he met the love of his life, Loketta Martin. They were married in 2007 and enjoyed many happy years together. He attended Christian View Pentecostal Holiness Church in Stoneville, NC. Brady gained the new nickname “candyman” as he always carried a pouch of butterscotch candies for any and all whom he felt needed a smile.

He will be remembered in a small private service for family and close friends. Brady will truly be missed by all whose lives he touched. In lieu of flowers, the family is asking that donations be made to the Brain Injury Association of North Carolina (https://www.bianc.net/donate/) in his memory.