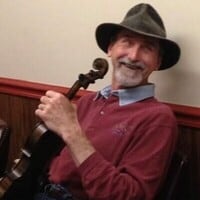 Lewis Richard LaBrie, II, 69, of Claytor Lake, formerly of Roanoke, passed away Wednesday, February 16, 2022 at his home. He was a veteran of the U. S. Marines, a Radford University graduate in mathematics, and retired as nitro manager from Radford Army Ammunitions Plant with more than 20 years of service.

He was preceded in death by his parents, Lewis, Sr. and Maude LaBrie. Survivors include his wife of 37 years, Susan LaBrie; sons and daughter-in-law, Lewis James LaBrie and Elena Abalde of Radford; sister and brother-in-law, Carolyn and Jack Quesenberry of Vinton; step mother, Phyllis LaBrie of Lynchburg; special canine friend, Lilly; his “Shop Cat” Kitty; grandpup, Monkey LaBrie; and many other relatives and friends.

The family will receive friends from 2 until 4 p.m. on Saturday, February 26, 2022 at the Mullins Funeral Home in Radford. Services will be private.

The LaBrie family is in the care of Mullins Funeral Home in Radford. www.mullinsfuneralhome.com