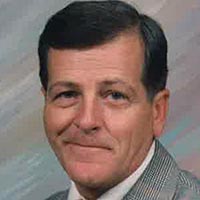 Samuel Nester Krunsberg Jr., 79 of Pulaski, VA was promoted to Glory on Thursday August 26, 2021. He dedicated his life to serving the Lord, his family and his community.

He was a lifelong Soldier of The Salvation Army and a Corps Sergeant Major, a retired Volunteer Firefighter with the Pulaski Fire Department and a well-known custom leather Craftsman. He was included in the 1976 Outstanding Young Men of America. He was the Executive Director of The Salvation Army Boy’s Club 1968-197, a sponsor of the Big Brother Program in 1975, a Volunteer Coach for the School of the Deaf 1971-1972. He helped prepare handicapped children for the Jefferson School Special Olympics of 1975 and he was coach and leader for the Community Outreach Program for Boys in 1973.

He was a Godly man who was a loving Son, Husband, Father, Grandfather, Great Grandfather, Brother and Uncle. He was always there to help anyone in any given situation. He loved sharing his faith and stories of his life experiences. Today, he is still serving the Lord in Heaven and still sharing his stories with those he loved, greatly missed and has gone before him.

He will be deeply missed by all of his family, a very special friend, Rachel Johnston and all the many friends and those that knew him, especially his son, Sammy who knows and is grateful for how God greatly blessed him by giving him such a wonderful and Godly man to be his Dad.

He was born in Norfolk, VA on February 1st, 1942 and transplanted to Pulaski after meeting the love of his life and wife Wanda Dawn Krunsberg. He was the son of the late Samuel N. Krunsberg, Sr. and Florence Farrell-Krunsberg-Fink and step-father Eugen Fink Sr.

Surviving are his son, Sammy Krunsberg and daughter-in-law Amanda Krunsberg.

Visiting will be from 5 pm to 7 pm with a service following at 7pm on Wednesday, September 1, 2021 at Stevens Funeral Home Chapel with Major James Allison officiating. A graveside service will be held in Oakwood Cemetery at 11:00 am on Thursday. Flowers and cards can be sent to the funeral home. All other memorials may be sent to The Salvation Army of the New River Valley. LUKE 1:37.

Stevens Funeral Home in Pulaski, VA is serving the Krunsberg family.  Online condolences may be made at www.stevensfuneralhomepulaski.com.