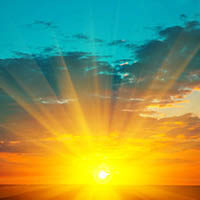 Cynthia “Cindy” Lou Koziol of Christiansburg, VA passed away the evening of January 28th, 2020 at the age of 68. Cindy was born on March 25th, 1951. She was raised in Lincoln, Nebraska by Lilian Williams and William E. Williams.

In October 2019, she attended her 50th high school reunion with the Lincoln Northeast class of 1969. She received her bachelor’s degree from the University of Nebraska-Lincoln (UNL). She met her husband, Fred, while he was working on his master’s degree at UNL. In 1980, they moved to Southwest Virginia and began a family of their own. Cindy never stopped being a Cornhusker, but, after initially finding the “Fighting Gobblers” a silly team name, she spread her allegiance and became a diehard Virginia Tech sports fan. True to her split-team loyalty, she wore one red and one maroon sock to cheer on both Hokies and Huskers football as they faced off against each other in the 1996 Orange Bowl.

Cindy worked as an academic advisor in the Virginia Tech Psychology Department where she helped countless students pursue their studies, and never failed to root for her student athletes. Cindy loved being active in the community doing everything from volunteering at The Lyric Theatre, working on shows with Summer Musical Enterprise, ushering at Virginia Tech football games, and participating in various church events with Blue Ridge Church. She was also a member of the professional sorority Beta Sigma Phi.

Cindy brought joy into the life of anyone who got to know her, and was never too embarrassed to get on a dance floor any chance she could. Cindy was loving, compassionate, and caring, and she always saw the good in people and in life itself.

Cindy is survived by: her husband, Frederick “Fred” Koziol, her two children: daughter, Ericka Kriegisch (husband Chuck Kriegisch) and son, Brian Koziol, as well as her 3 grandsons: Aiden (13yo), Dylan (10yo), and Jonah (4yo). She also leaves behind a German Shepard/Lab mix, Sal, and her beloved cat, Cole.

A memorial service will be held at Blue Ridge Church in Christiansburg, Virginia at 2pm on Monday, Feb. 3rd. A brief graveside service will follow immediately at Sunset Cemetery.

Her family asks that anyone who wishes, donate to the Humane Society of Montgomery County in Cindy’s name, in lieu of flowers or other offerings.